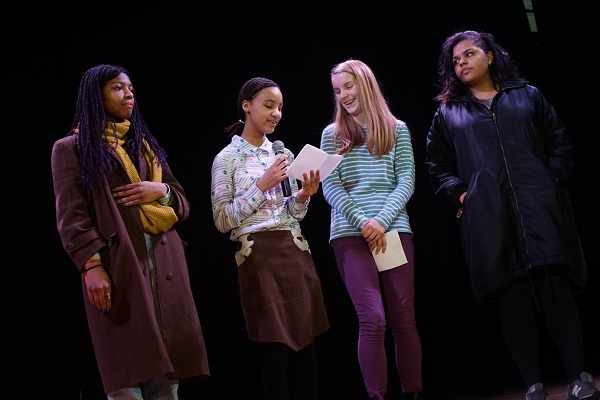 Over 300 people packed the Camden Centre to celebrate a wide range of community projects, which have been organised by young people over the last year in partnership with a large number of community organisations in Camden.
The Camden Youth Action! showcase programme consisted of 13 short films, food and entertainment from talented young people. Like the other projects being showcased, the Camden Youth Action! event itself was organised and hosted by a steering group of young people, who spent three months planning how this event could be used to highlight the positive impact young people are making within their communities.
Projects on show ranged from peer education programmes tackling issues such as drugs and mental health, to media projects and large scale community events such as the Camden Unity Cup and Fitzrovia Street Party – all planned and delivered by young people.
The showcase was attended by young people and representatives from a large number of youth agencies across Camden. Projects showcased were organised in partnership with South Camden Youth Access Point, WISDM, One Housing Group, Castlehaven Community Association, Calthorpe Project, Coram’s Fields, Dragon Hall, Bengali Workers’ Association, Inspire!, Westminster Kingsway College, Kings Cross Brunswick and Neighbourhood Association, London Youth and Camden Challenge.
Alice Weavers, Youth Participation Officer at FYA, responsible for supporting young people in organising community events said; “It was an amazing night and it was great to see young people from so many different projects and organisations in Camden come together to celebrate and promote youth action. The films and projects behind them really show the difference young people in Camden are making in their communities. We look forward to working with our partners over the next year to involve many more young people in youth action in Camden.”
Please visit the links below to watch the amazing range of short films made by young people.