The Camden Unity Cup, established in 1997, is one of London’s largest community football tournaments. It is organised by a steering group of young people from a range of agencies. Young volunteers take responsibility for stewarding, hosting, performances, setting up and more.

Over 300 young people took part in the football tournament at this year’s event, with over 70 young people volunteering on the day as stewards.

Despite the rain, the players still gave the event their all with excellent football displayed in every league. The results are below:

It wasn’t just about the football as young people took to the stage to perform. The rain did not dampen spirits as young people sang and danced within the festival. There were also sporting activities such as boxing and fencing which everyone enjoyed.

You can watch a video of the event below: 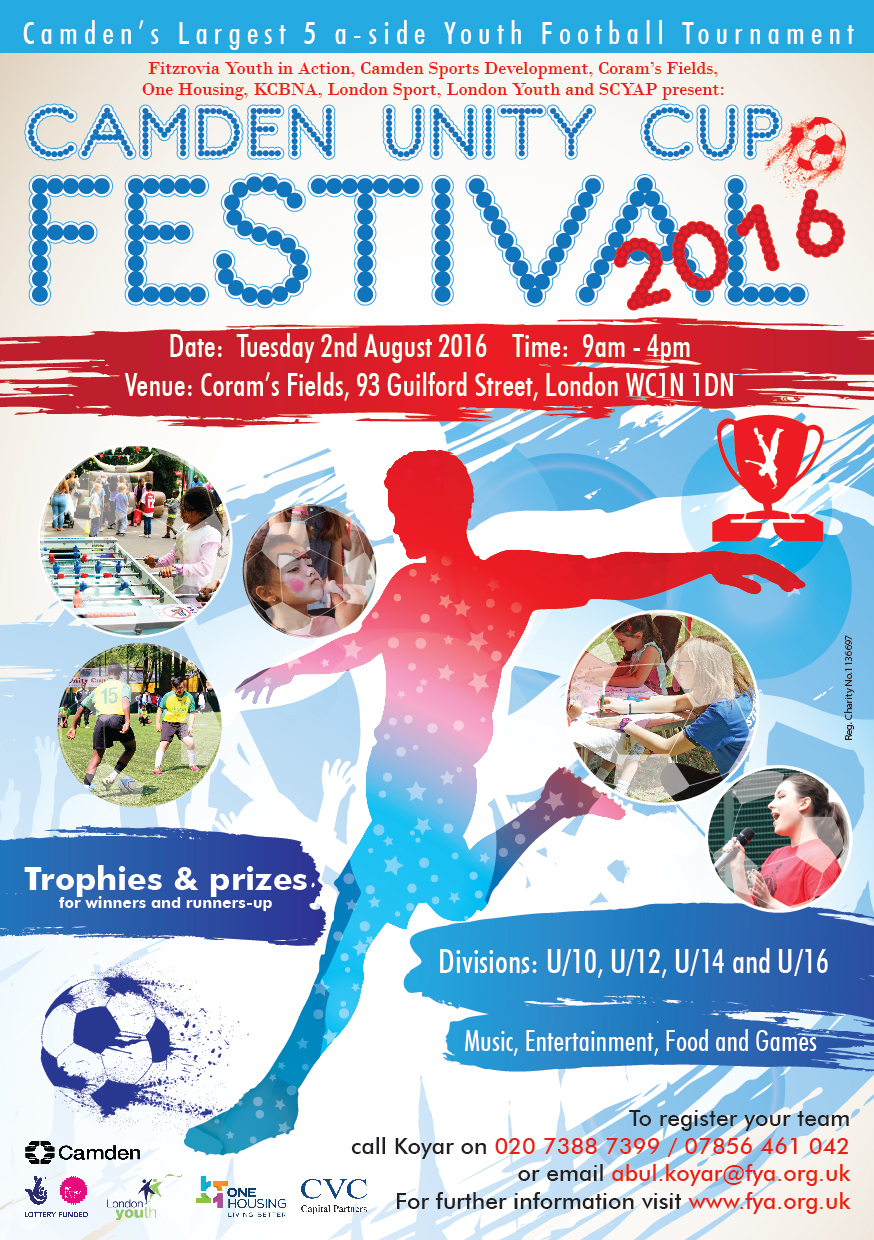